Christmas at Ardmore by Nora Roberts

The village of Ardmore spread itself tidily along the coast of County Waterford with the blue waters of the Celtic Sea a skirt at its feet. The hills and cliffs rolled above it, green now even in the dark of winter. Some said when the air was quiet and the stars were bright diamonds in the night sky, a keen ear could catch the sound of pipes and flutes playing from the raft beneath the faerie hill where a pretty cottage made its home.There were some who knew the music was real, and that it played for lovers.

But on Christmas Eve the air was far from quiet, and the music that pumped into the chilly winter air was made by human hands and voices.

Gallagher’s Pub was packed with friends, with family, and the occasional paying customer. It was the one night of the year the pub would close its doors early, and those who lived in Old Parrish crammed in to celebrate the holiday with pints and song.

Behind the chestnut bar, Aidan Gallagher pulled those pints and held three conversations at once. He did so with the skill and pleasure of a born publican. At the far end of the bar, his father did the same.

It was good, Aidan thought, to have his parents home for a bit of time. And to work the bar like this with the man who’d passed Gallagher’s into his hands. He could hear his mother’s voice raised in song while she bounced Ailish, his child, the light of his life, on her knee. And while he built another Guinness with one hand, made change with the other, he could watch his wife Jude, his heart, move through the crowd taking orders.

Jude’s granny sat by the turf fire gossiping with old Mr. Riley, and his sister Darcy’s in-laws, the Magees from New York City. The air was scented with that sweet smoke, with the yeasty aroma of beer, and when his sister-in-law swung through from the kitchen with a tray, the rich, full scent of his brother’s Mulligan stew joined the mix.

“You’re nearly seven months along,” Aidan called out as she carted the tray through the pass-through. “You shouldn’t be carrying that.”

“I’m strong as a horse.” She tossed her red curls, and there was a gleam in her eyes. “And if I stay in the kitchen with Shawn another five minutes, I’ll be forced to brain him with his own stew pot for nagging me about putting my feet up. If I wanted them up, they’d be up, wouldn’t they?”

She moved off, the baby she carried making a mound under her faded work shirt. Aidan had only to catch Jude’s eye, nod in Brenna’s direction to have the matter dealt with. Jude wound her way around to Mollie O’Toole, had a quick word. Moments later Mollie had the tray in hand and her very pregnant daughter in a chair.

So all’s right with the world, Aidan thought. Or nearly. There was one he missed seeing moving through the crowd, serving pints and bowls, adding her voice to the music. Without his sister Darcy arguing with Shawn, flirting with the customers or stopping by the taps for a quick gossip, it wasn’t quite Christmas.

She had a life of her own, he reminded himself. A new husband, a new career. In the three months since her wedding, she’d been seeing the world as she’d always wanted to. In a first class manner. And he was thrilled for her, content that she was happy and that the man she loved was one he could respect, one he considered a friend.

But, damn it, he missed her.

Of course she wasn’t just traveling and swanning about in hotel suites. She was working and working hard. Her voice might have been a natural gift–that was the Gallagher way–but recording for a man like Trevor Magee would be no walk through the park, Aidan was sure.

“Three pints of Harp, two ginger ales, pint of Guinness.” Jude touched a hand to his before he reached for the glasses. “What’s made you sad?”

“They’ll be here tomorrow, the next day at the latest.” She paused a moment. “But it’s not the same.”

“It’s not, no. It’s grand having my mother and father here, and your granny, Trevor’s parents. It’s Ailish’s first Christmas.” He glanced toward his daughter again, cuddled in his mother’s arms. And his heart simply swelled. “It should be enough for anyone.”

Not for you, Jude thought, not at Christmas. Not for a man with such deep love for his family and such a wide need for tradition. She loved him for it. It had been Aidan who’d hauled down all the boxes of decorations for the pub, for their home. And both places that were so dear to him, and to her, were alive with the holiday.

Twinkling lights hung from the eaves outside, from the rafters in. A little pine tree squeezed into a corner and was dripping with ornaments. A grinning Santa stood on the bar hefting a pint glass, and a trio of angels flew over the front window. There were sleigh bells on the door and reindeer on the roof.

He was turned away when those sleigh bells jingled, so didn’t see who walked in, or his wife’s wide, delighted grin. But he heard the voice pick up the chorus on I’ll Be Home For Christmas, and swung around as Darcy plucked his daughter off his mother’s lap.

She set the baby on her hip, started toward the bar. Aidan flipped up the pass through, met her halfway. Then just lifted her off her feet.

“I was missing you.”

“Don’t make me cry,” she murmured. “I worked forever on my face.”

She eased back, smiling. “So’s yours. I had to come home.” She wrapped her free arm around him, pressed her cheek to his. “I had to wake up Christmas morning in Ardmore.” She grinned fiercely over his shoulder as Shawn came out of the kitchen.

“Well now, it’s about damn time,” he said. “These orders aren’t going to serve themselves.”

“Pardon me a minute, won’t you?” She passed the baby to Aidan. “I won’t feel at home until I’ve thrown something at Shawn.”

Because she didn’t have anything handy, she threw herself at him the minute he stepped around the bar. In minutes, they were dancing.

“Thanks for bringing her back,” Aidan said to Trevor.

“It’s where she needed to be.” Trevor skimmed a finger over the baby’s cheek as he glanced toward his parents, around the pub to the people who’d come to mean family to him. “Where we both needed to be.”

Later, when the pub was closed it was the Gallagher house that strained at the seams with people and with song. A great silver bowl held the wassail Jude had made herself from Shawn’s recipe. Cups of it were passed lavishly while the Gallaghers, in the Gallagher way, made music with piano and fiddle, with voice and with squeezebox.

In the front window, the grand tree showered light within and without. Beneath it, presents were heaped in shiny mountains. Between the songs, there were stories, and through both there was laughter.

But oddly, Aidan felt there was something yet missing.

He put the baby to bed himself, lingering over her long after she was dreaming. “Next year,” he murmured as he bent one last time to kiss her cheek, “you’ll know more of what’s going on around here. It’s not just noise and people and presents. It’s family and roots and it’s magic. It’s one night out of the year everyone understands there’s magic in the world.”

When he left her, he didn’t see the faerie mobile that hung over her crib glow and dance. Or his daughter’s sleepy smile.

It was nearing midnight when Darcy drew him aside. “Get Jude, will you, and come outside.”

She took the wassail cup from him before he could drink. “Out,” she insisted. “Front of the house.” Before he could argue, she walked away to drag Shawn from the piano.

“Easy for you to stand about in the wind,” Brenna complained when she followed Darcy outside. “In your smart fur coat. It’s bloody freezing out here.”

“Is it?” Darcy smiled smugly as she rubbed her cheek against her soft collar. “I hadn’t noticed. Oh, stop complaining for five flaming minutes, the lot of you.” She tossed back her head. The sky was clear as glass with the stars brilliant against that black sheen.

She could hear the sea, the steady heartbeat, and the music that played inside her childhood home, another heart.

“I wanted the six of us first,” she began. “We’ve all been part of something special, and bigger than ourselves. That stays with us–like this place and these people stay with us–wherever we go, whatever we do. We have Ardmore, and the pub, and soon the theater.”

“If you’re going to make a bloody speech, can’t we do it by the fire?” Shawn complained.

“Quiet, you turnip-head.” Darcy huffed out a breath. “I love you all,” she continued. “Even the baboon here. So I wanted the six of us out here when I gave Trevor his first Christmas gift.”

She turned to him. “It was outside, down the beach there where you finally used that sharp brain of yours and asked me to marry you. Loving each other joined our lives, once and always, and broke a three hundred year spell. But since I don’t think this lot will troop down there for this, we’ll settle for here, outside the house, where we can hear the sea. Stop stomping your boots, Brenna, this is a moment.”

“Then get on with it. I’m freezing my ass off.”

Ignoring her, Darcy took Trevor’s hand. “There are presents for you inside, wrapped in pretty paper. You’ll like them, for I know you, and what pleases you. And there best be plenty of those boxes for me as well. With nice glittery items tucked inside.”

“I have one for you that will please us both more. It’s wrapped as well, and if I do say so myself in a very attractive package.” With her eyes on his she brought her hand to her belly.

She heard Jude’s quiet sob an instant before she saw understanding come into Trevor’s eyes. And an instant later, the joy that rushed over his face. Then she was caught in his arms, laughing as tears slid down her cheeks. “I think he likes it.” “When?” He could barely get the single word out as emotion swamped him.

“End of summer. I’ll have your child at summer’s end. God, I’m so happy. We’ll go in and tell the others, but I had to tell you this way–with the six of us.”

“Give her over,” Shawn demanded and pulled her away for a hug. The tears and laughter continued as she let herself be passed from embrace to embrace. Then it was Aidan’s arms around her.

“My girl,” he murmured. “Oh, that tears it. Someone give me a damn hankie.”

“Look,” Jude said quietly and gestured to the sky as the village church bells rang out midnight.

There, across that black and glittery glass was a streak of silver. The winged horse flew, the man and woman astride its broad back. Over the beat of the sea came the joyous sounds of pipes. They watched as the woman turned her head, as the man bent to her. When they kissed a shower of jewels–diamonds, pearls, sapphires–rained down into the dark sea and sent it to sparkling.

As they flew over the cliffs in a night that had turned brilliant, Aidan felt the last piece slide into place. “There now, it’s perfect, isn’t it?” He took Jude’s hand, brought it to his lips. “Happy Christmas. To all of us.” 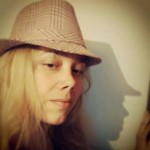 Trilogia do Coração / The Irish Trilogy 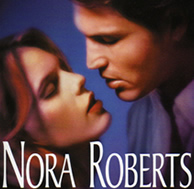